Where Do Car Accidents Happen the Most? 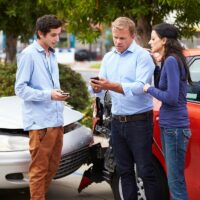 Where Do Car Accidents Happen the Most?

It may not be shocking to learn that urban highways are at especially high risk for car accidents. Urban roads tend to have a lot more cars, inherently increasing the risk of any type of collision occurring. When looking at pure numbers, moreover, the majority of accidents simply happen where the majority of people are.

The risk of a crash is heightened during rush hour. Stop-and-go traffic tends to involve stressed, aggressive driving, a variety of different vehicles and drivers, and simply more vehicles on the road.

Interestingly, although urban areas are likely to see more car accidents, evidence suggests rural roads may be likely to see worse car accidents. When drivers crash on rural roads, those accidents are likely to be much more severe. A disproportionate number of fatal car crashes, as opposed to minor fender-benders, occur in rural areas. Rural roads often have poor or nonexistent lighting, wild animals crossing, and fewer police patrols, which emboldens drivers to push the limits regarding speed and reckless maneuvers.

A number of traffic safety experts have concluded that the majority of car crashes happen within five miles of an accident victim’s home. Similar to the urban road statistic, it makes sense that people tend to crash close to where they live. Every time you get on the road, you start from where you live. You’re more likely to be driving within a few miles of home, and every time you get on the road, you’re increasing the risk of eventually having an accident. People might also drive more carelessly or less attentively when they are very familiar with the stops and turns, and they may be more likely to be drowsy or intoxicated when leaving or returning home.

Intersections carry a high risk of collision. The more complex and busy the intersection, the greater the risk of an accident. All drivers must comply with the rules of the road and proceed carefully to ensure everyone around them remains safe, and not all drivers are so careful at all times.

Dangerous Roads in the Dallas-Fort Worth Metroplex

Dallas has its share of especially dangerous roads, rifer with accidents than the rest of the metropolitan area. According to traffic accident data, some of the most dangerous roads within the city include:

A few major highways in the DFW area are also notably crash-heavy. Fatal car crashes tend to happen on the busier highways, including:

If you’re on any of these roads, be especially wary of negligent drivers and other hazards. The more carefully you drive, the safer you and your family will be. Unfortunately, the most careful driver can still get hurt in a crash with a negligent driver. If that happens, the Turley Law Firm is here for you.

If you or a loved one has been injured in a Texas car crash, please contact the Turley Law Firm online or call 214-691-4025 or email turley@wturley.com today to schedule your free consultation. Our seasoned Dallas attorneys serve clients throughout Texas and multiple Southern and Southwestern states.