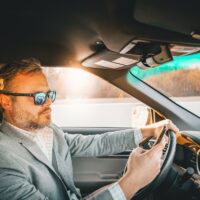 Distracted driving is rapidly becoming the greatest danger on roads in Texas and across the country. One out of every four accidents in the United States is caused by texting and driving. According to the National Safety Council, cell phone use while driving contributes to as many as 1.6 million traffic crashes every year, causing nearly 390,000 injuries. Texting, in particular, is considered by safety experts to be the most dangerous activity while driving.

In an effort to combat this growing danger, states around the country have passed laws banning texting while driving and addressing other types of mobile phone usage. Texas has had a law pertaining to texting while driving on the books since 2017. Keep reading to learn about the Texas hands-free law below. For help after a distracted driving accident in Dallas, call a dedicated Texas car accident attorney for assistance.

The 2017 Texas Ban on Texting While Driving

In 2017, Texas enacted a law prohibiting texting while driving. Under the law, drivers are prohibited from “reading, writing, or sending electronic messages” via a “wireless communication device” while driving. Violating the law is punishable by a fine of $25-$99 for a first offense and $100-$200 for repeat offenders. If a driver causes an accident leading to serious bodily injury or death of another person due to texting while driving, they may be charged with a class A misdemeanor and sentenced to up to a year in jail along with a $4,000 fine.

Notably, the law applies only to transmitting messages while driving. The law does not prohibit, for example, navigating GPS directions while driving, adjusting music apps, dialing phone numbers, or other smartphone activity. Drivers may, of course, still be pulled over on suspicion of texting if a police officer witnesses a driver playing with their phone while behind the wheel.

Hands-Free Calls Required in Some Cities, But Not Statewide

Some states have gone further and implemented a ban on any use of electronic communications while driving unless utilizing a hands-free device. Texas as a whole has not taken that additional step. While the 2017 law prohibits the use of wireless communication devices to send messages while driving, the law does not prohibit drivers from talking on a cell phone while driving. Moreover, Texas has yet to pass a law mandating hands-free devices for making phone calls. That means that there is no statewide ban on holding a phone to make a call, although holding a phone while driving can certainly still be evidence of negligence in the event of a crash.

These types of drivers are prohibited even from making phone calls while driving. For all other drivers, the 2017 law prohibits texting, emailing, and otherwise transmitting messages while driving.

Notably, however, many cities across the State of Texas have instituted their own hands-free mandates. Cities such as Austin, San Antonio, and El Paso have all passed ordinances requiring hands-free devices for making phone calls.

If you or a family member has been injured in a Texas car accident, please contact the Turley Law Firm online or call 214-691-4025 or email turley@wturley.com today to schedule your free consultation. Our experienced Dallas attorneys serve clients throughout Texas and multiple Southern and Southwestern states.