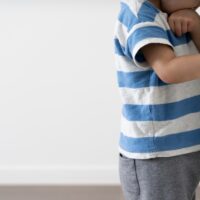 Daycare centers can be a vital asset to working parents or parents who otherwise need help with child care. Daycare is a valuable experience for children, as well, teaching them important social skills and otherwise helping them prepare for school and the world. When we leave our kids with daycare centers, we expect our children to be well-cared-for and protected. Unfortunately, not all daycares are safe for children. An alarming number of children in the United States are subjected to neglect and abuse in daycare centers, suffering physical and psychological injuries both temporary and long-term. Continue reading to learn about the incidence of daycare abuse in Texas and across the country. If you have any reason to suspect your child was subjected to daycare abuse, call a zealous sexual assault and child abuse attorney at the Turley Law Firm for immediate assistance.

Daycare Abuse is More Common Than We Think

Texas is Not Safer Than Other States

The problem is just as prevalent in Texas as compared to other states, if not worse. In 2018, the Austin American-Statesman detailed the results of an investigation into Texas child care centers. After reviewing state sanction data over the prior ten years, the newspaper discovered that more than 3,200 child care facilities had been cited for abuse and neglect of the children in their care. During that same ten-year period, 450 children had been subjected to sexual abuse. Tragically, 88 children were killed in Texas daycare centers as a result of abuse and neglect; 42 of those children were located in illegal daycare sites.

The report has led to a call for reform from child safety advocates, demanding the state take steps to crack down on illegal daycare centers and child abuse more broadly. Advocates point to the state’s relatively lax regulatory standards for daycare centers and minimal fines for noncompliance as reasons why such widespread abuse has been permitted.

According to the American Society for the Positive Care of Children, child neglect and maltreatment have lasting psychological and psychosocial consequences for abused children. Among other risks:

Children who suffer abuse are likely to have physical and emotional damage both at the time of the abuse as well as for many years afterward. If you have any reason to believe your child is being subjected to neglect or abuse in a daycare center, get them to safety as soon as possible and speak with an experienced child abuse attorney for help.

If someone you love was abused or neglected in a Texas daycare center, please contact the Turley Law Firm online or call 214-691-4025 or email turley@wturley.com today to schedule your free consultation. Our experienced Dallas attorneys serve clients throughout Texas and multiple Southern and Southwestern states.